Spring has finally dawned in Europe, and there’s a slew of top drawer events and exhibitions to beckon the summer visitors, right?

Yes, May traditionally heralds the start of the annual visitor invasion. It’s also primetime party season, best exemplified by the Cannes Film Festival and the Monaco Grand Prix, which are about to burst into life. It’s a slow spring weather-wise across Europe, so temperatures are still mild, which I actually think makes sightseeing far more pleasurable.

Let’s start with spring fever in Holland. Where can you see 7 million bulbs bloom at once?

I’m not exactly a graduate of the green-fingered finishing school, but Holland’s world-acclaimed Keukenfof Gardens rocked my socks off. Just out of Amsterdam, in the prime bulb growing region, Keukonhof is all for show. And a crazy amount of work goes into this a 2 month long exhibition. Every autumn, 7 million bulbs, mostly tulips, are planted with artistic precision. And come April, the explosion of colour is psychedelic. It’s a trippy blaze of colour to make the Dulux paint chart look dull. And then in June, they dig the whole thing up and start again in autumn. So, to see the flower frenzy of Keukenhof, April and May is it.

What about Paris? Tell us about the hot new exhibition on Napoleon Bonaparte.

If you’re planning a trip to Paris, the Invalides War Museum is hosting the best ever Napoleon exhibition until the end of July. 9 European countries have contributed artifacts and artworks to the exhibition. Lord Nelson’s uniform, from the Battle of Trafalgar is on display, complete with the deadly bullet hole. There are paintings, statues, monuments…it’s the ultimate exposition of Napoleon, the good and the bad. 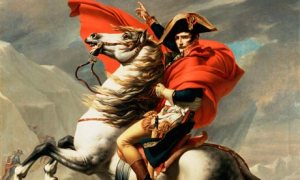 On a similar note has the major overhaul to Versailles been completed?

Of course, Versailles is steeped in history. Built by the Sun King, Marie Antoinette lived here with Louis 16, before they were guillotined. The palace has seven hundred rooms and a twenty year restoration project has just been completed, enabling visitors to see more than ever before. It has been the biggest restoration project in France since the Louvre. All of the royal apartments are now open including Louis the 14th’s bedchamber, the Hall of Mirrors which has the largest painted ceiling in France and the Coronation Room. If you’re a lover of sheer decadence, Versailles ticks all boxes.

Across the channel, Chelsea is about to unfurl in London? Can you still get tickets?

Yes, more flower power in London. Cheslea unfurls its spoil of delights in ten days time. You can buy tickets on line. www.rhs.org.uk

What about Charlie and the Chocolate Factory. Has that opened yet?

The West End’s biggest premiere of the year opens its doors this Friday night, complete with live performing Oompa Loompas, squirrels and Augustus Gloops. The sneak previews for the newspaper critics have been met with barnstorming reviews. Expect this to be in London for years. Book tickets on line.

Also new in London, the Museums at Night festival, including a slumber party for little princesses at Kensington Palace.

Starting next weekend, many of London’s museums are offering nocturnal novelties. Maybe they were inspired by the movie. Even the royal collection has entered the spirit, so if you’re travelling with children, Kensington Palace is hosting a slumber party for little princes and princesses. www.museumsatnight.org.uk

And of course , all roads lead to Stockholm for Abba fans. How much of frenzy is the new Abba Museum causing? What are the key attractions?

The museum opened on Tuesday in Sweden. The queues have been Bieber-esque. The chopper that features on the cover of the Arrival album is there. Dozens of glitzy, chintzy costumes. Abbas trademark shiny flares, platform boots and knitted hats are all on display. A big section is devoted to the break-up. But the big hit is the interactive stage. Don a holographic costume of the Abba star of your choice. Line-up alongside the other members holographic images and select a song to singalong to.

(As discussed on Newstalk ZB’s Jack Tame Show. May 11)