The great and the good will be out in force for a world premiere in Melbourne tonight?

They certainly will. It’s a mega night in Melbourne for the mega-stars. No doubt that will include the first lady of Moonie Ponds  gracing tonights Red Carpet parade for King Kong. Five years in the making, the Regent Theatre has the honours of hosting this world premiere, which will not be seen on any other stage in Australasia. It will remain in Melbourne for the rest of the year. Next stop is Broadway and the West End. 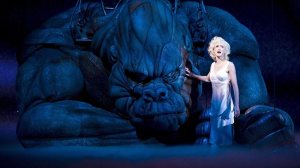 The King Kong Musical is being billed as Australia’s biggest ever production, right?

The dimensions are colossal. It is so big, that the Regent Theatre is the only theatre big enough, Down Under, that can accommodate it. Tens of millions of dollars have been spent on the production, and the creative team was drawn from all over the world. Kong weighs one tonne. He’s a six metre tall silverback gorilla, and it takes a team of 10 puppeters to bring this herculean creation to life. The creative team spent months observing silverbacks in zoos, to try and capture the subtle facial expressions, the wrinkles and twinkling eyes, in their puppet.  http://www.youtube.com/watch?v=_vVUjALRsjM

Sticking with the celebrity theme, the Hollywood Costume Exhibition is a must-see?

Yes, if showbiz is your bag, another great reason to visit Melbourne this winter, is to check out this showcase of silver-screen glad-rags, direct from London’s V&A.

Celebrating a century  of film-making, there are hundreds of famous costumes on show, including The Wizard of Oz, Titanic and James Bond. You can see Scarlett O’hara’s green curtain dress, Audrey Hepburn’s the little black dress from Breakfast at Tiffanys,  last years high-tech batman suit and the Maggie Thatcher power suits, worn by Meryl Streep in The Iron Lady.

What about Monet’s Garden? How long is the exhibition on for?

When it comes to botanical eye-candy, Monet’s garden at Giverny takes some beating. Exclusive to Melbourne, this stunning exhibition features more than sixty works devoted to Claude Monet’s acclaimed garden. Alongside masterpieces like his waterlilies, It’s the portraits and photographs of Claude in his garden that seem to be the real crowd-pleasers.  The exhibition is on at the National Gallery until September, and people are swarming on Melbourne just to see this exhibition. 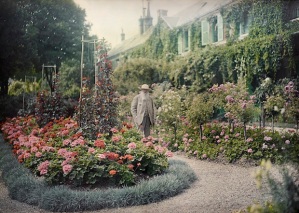 For a complete change of scenery, Luna Park is celebrating a big birthday?

I’m a bit of a kid at heart and love theme parks. Down in beautiful St. Kilda, Luna Park has been given a fresh lick of paint to celebrate its centenary, which is quite a remarkable achievement. Millions of people have wandered through Mr Moon’s giant mouth, to enter the old-time fantasy fun of Luna Park. In fact, the Melbourne theme park has the world’s oldest continually operating roller coaster. The Scenic Railway is also a hundred years old. Its  a rickety old wooden roller coaster, particularly tough on your butt, but it’s iconic, still scary, and still worth a ride.

Tell us about the Fashion Incubator.

Food and fashion are two big Melbourne magnets. The city has set up a novel outlet for Melbourne’s emerging fashion designers, placing twenty five up and comers into a retail setting. The range spans everything from sports wear to formal wear, lampshades and jewellery. Well worth checking out, in central Melbourne.

And is the City Circle Tram still a must-do in Melbourne? 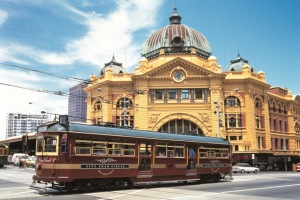 Route number 35. I think the City Circle Tram is still one of the world’s great tourist offerings. It was such a visionary gesture by Melbourne, to offer visitors this complimentary sightseeing introduction to the central city, and allow visitors to use the tram as a hop-on-hop-off service.  The service is still going strong, running every 12 minutes, and is easily the best way to hopscotch your way around the sights.